A Tour of a Legacy: Anchor Brewing Company 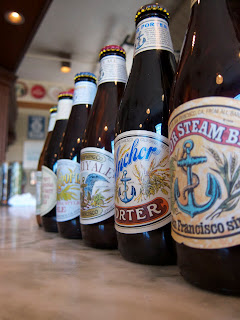 My friend, JR, invited me on his reservation for the Anchor Brewing Company.  Since it's one of the few breweries in the city of San Francisco, I've always wanted to go, but never got around to it.  I think the most prohibitive issue was knowing that there's a long waiting list to get on the tour.  Today, I was told that the tours are booked through August and the Friday tours are booked through October. 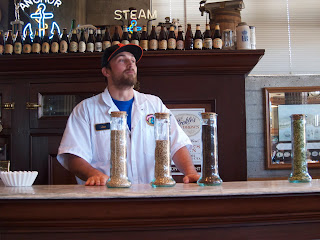 This was my second time to Anchor.  I've been on a lot of brewery tours around the world.  This tour was pretty standard; they walk you through the brewing process from brew to bottle and then let you taste beers at the end.  However, this is one of the more beautiful breweries that I've visited because of the 1930's art-deco architecture, the copper brew kettles from Germany, and the fantastic view of the city skyline (even from the bathroom).  Anchor is unique in that they have a long history in San Francisco, since 1896, which means that they survived the Great 1906 San Francisco Earthquake and Prohibition. Joe, our tour guide, emphasized how Fritz Maytag saved Anchor from bankruptcy in 1965 and turned the brewery around which igniting the craft beer movement. 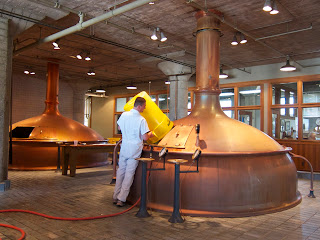 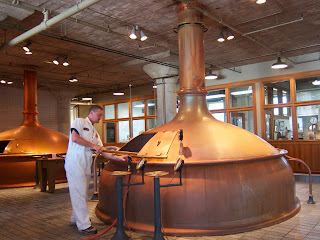 Since buying Anchor last year, the Griffin Group has been expanding while trying to keep the Anchor legacy of San Francisco-based craft beer.  In mid-July, Anchor is going to increase the capacity of their bottling line.  In order to install the new line, which cannot be assembled piecemeal, they will need to knock down the wall to their bottling room and have a crane drop in the new bottle line. I'm looking forward to seeing what will develop from Anchor as they preserve their traditions while expanding their production and possibly their brand. 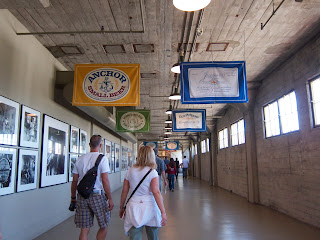 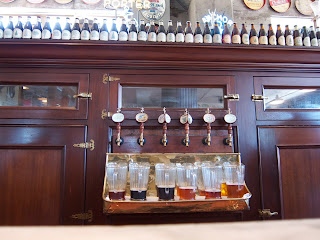 Posted by Bottle Chasers at 5:43 PM