For most of us in the U.S., this past weekend was a 3-day weekend to commemorate Memorial Day. This is a day to honor our the people who died while serving in the U.S. Armed Forces but has become highly associated with BBQ and picnics.  I'll admit that yesterday I ate my weight in burgers from 4505 Meats and homemade Thai sausage;  I regret nothing. 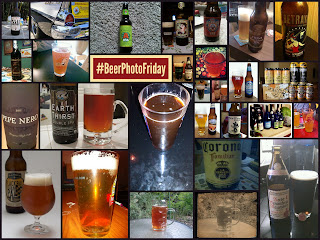 So what pairs best with BBQ from any culture? Beer (duh). I was inspired by a lot of pics that came in for last week's Beer Photo Friday.  @mendiola32 tweeted a medley of canned beers from Bikini Blonde Lager from Maui Brewing Company to Mama's Lil Yella PIls from Oskar Blues. @AlbertFinn had me do a double-take with his pics of homebrew - one in color and the same with a sepia effect.  @mbjclay, who was drinking an Abita Jackamo IPA from a beach in Alabama, inspired me to learn a few things about beer laws in Mississippi.  At 6.5% ABV, this beer is illegal to even possess in Mississippi, where beer cannot be greater than 5% ABV.

Another Beer's Day Off: Wine Party at Cuvaison in Carneros

On Saturday, May 7,  I attended Cuvaison's Siete de Mayo Party for their club members at their hacienda in the Carneros region. During the day, I drank some old favorites and enjoyed the beautiful sunny weather in Napa. 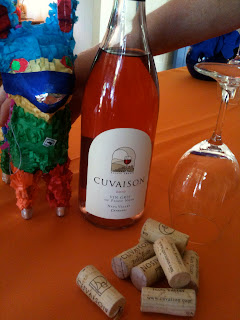 I was introduced to Cuvaison about 5 years ago and soon became a club member because they offer consistently good wine in all their varietals.  While it's easy to find Cuvaison at Costco and other major liquor stores, the club events are fun and I love how the staff always remembers me. I've always enjoyed this annual event because (1) it's held on their private Mediterranean-style house along the vineyards and (2) the food - catered by Villa Corona Cocina Mexicana in St. Helena - is tasty.


I have a tendency to take pictures of my drinks so I can keep a log of what I was tasting.  Here's the line up for this party: 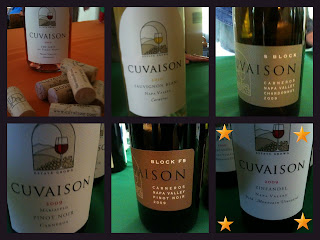 The Vin Gris and Sauvignon Blanc were very refreshing and paired well with the tacos at the party.  The S Block Chardonnay was oak-y, which is a quality I enjoy. 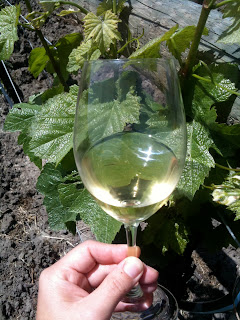 While I didn't feel like it paired with the food, I loved the 2009 Zinfandel from Bald Mountain Vineyard.  It surprisingly had big ripe fruit flavors that are more often found in Zinfandels from Paso Robles. I could drink it all day on its own.


Cuvaison always plans fun activities at these parties.  This year, it was a pinata.  NOTE TO SELF: next time I have a pinata party with adults, do NOT use the pinata stick at the party supply store. The wooden dowel is too strong in the hands of an adult.  Unfortunately, the poor horse pinata was decapitated after only two whacks.


Posted by Bottle Chasers at 7:28 AM No comments:

Last week's Beer Photo Friday was the day before the predicted Judgement Day on May 21.  Check out the pictures below to see how people spent the penultimate day. 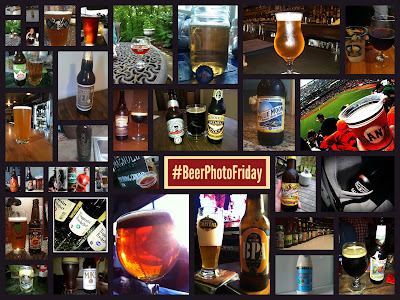 @phillybeerguy ensured that Pliny the Elder made at least one last appearance on Beer Photo Friday. @Beerlens posted a Dogfish Head Randall with bacon! (Check out the full size pic here: http://beerlens.com/2011/05/20/bacon-randall/). @BeerBrewin submitted a blog of pics (http://www.craftbeertime.com/category/beer-pictures/) .  @beer47 toasted to the SF Giants.


I'm so glad that we received so many photos last week.  It looks like the Picasa collage function can barely display this many pics.  I'm taking suggestions for other ways to compile these photos easily.

Posted by Bottle Chasers at 4:23 PM No comments: 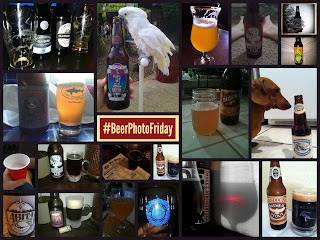 1. Beer Discovery
I was in Peace Street Market in Raleigh, NC last week and recognized the labels of J.W. Lee and Bell's Oberon from previous weeks. Thanks for the photographic recommendations!  It was great to try new beers that aren't distributed in my region.


2.  Artistic Outlet
@AllOverBeer always posts beautiful photos of beer.  This week was a shot of a Drake's Denogginizer projecting its shadow and color on a white background. @ScurvyDog86 created a black and white retro-like pic.


3. Connecting with Other Beer Lovers
We had two beers making a double-feature: Arrogant Bastard from Stone Brewing and Creemore Springs Lager. It's fun to see people drawn to the same beer at the same time.

Last Friday's Beer Photo Friday featured pets! @vwrules57 tweeted a dacshund and @fondrenR6 posted a cockatoo.  You can't help but smile when you see pictures of beer and animals. 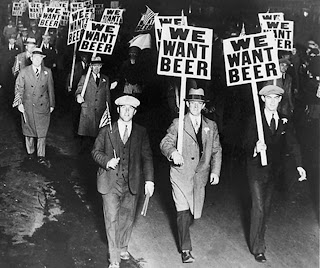 In Colorado, since the repeal of Prohibition in 1933, the sale of beer with higher alcohol content has been limited to liquor stores, restaurants and bars. Meanwhile, beer with less than 4% alcohol by volume (ABV) can be sold only at supermarkets and convenience stores. Now, these stores want the opportunity to sell stronger ABV beers. According to the Wall Street Journal article, Colorado Abuzz of Beer Bill, Colorado's 130 craft breweries are fighting to keep the status quo because the brewers prefer to market their beer to independently owned liquor stores instead of competing with larger brands for shelf space. Also, the liquor stores assert that the grocery stores will take away their business.

All industry reports are showing that craft beer is showing year over year growth throughout North America. So I don’t understand why brewers want to keep their product in an isolated niche marketplace rather than adding more brand and sales exposure. The worst case is that so many people want their product that breweries can’t keep up with demand without either raising retail prices or expanding production and therefore expanding business. To me, it seem likes a good problem to have people wanting what you’re selling. Furthermore, with session beers increasing in popularity, craft breweries will not have to adjust their recipes to meet the regional ABV regulations in order to sell their craft beer in the independent liquor stores. Finally, states such as California demonstrate that enormous liquor stores such as BevMo can co-exist successfully with grocery stores, each selling craft and mass-produced beers without causing the financial disaster asserted in the WSJ article.
Posted by Bottle Chasers at 6:58 AM No comments: 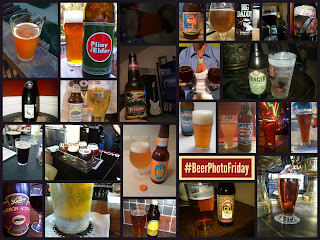 I love the enthusiasm of @fatontheinside and @ADAM___J,  who tweeted more than one photo.  @heathermorra posted my beloved Marrón Acidifié collaboration from The Bruery and Cigar City Brewing. @BetterBeerBlog and @TailgatingTimes reminded me how good it feels to hold a frosted beer glass on a hot day. @ScurvyDog86 always adds a little rock-n-roll to his photos.  This week, he featured a Fender Stratocaster in the background.

Posted by Bottle Chasers at 9:44 AM No comments: