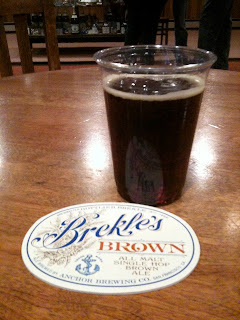 I've visited breweries in Japan, China, Belgium, Russia, and the US.  Anchor Brewing is one of the most beautiful facilities I've visited because of the Art Deco architecture, the shiny copper kettles surrounded by blue tiles, and the view of the SF skyline and Bay Bridge from the kettle room. 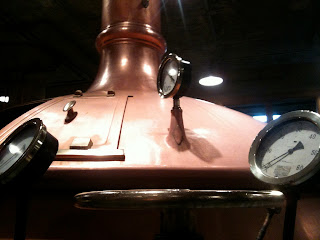 Also, this was the first time I had seen shallow fermentors in production.  The aroma of barley and hops wafted down the corridor as the real VIP's were led in and out of this room on a private tour. 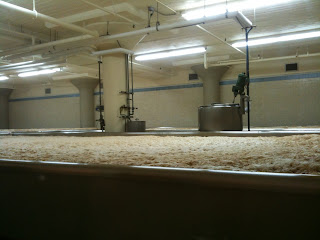 The food was themed with beer ingredients:

Overall, this was a well-organized party that marked the half-way point of SF Beer Week 2011.
Posted by Bottle Chasers at 11:33 PM